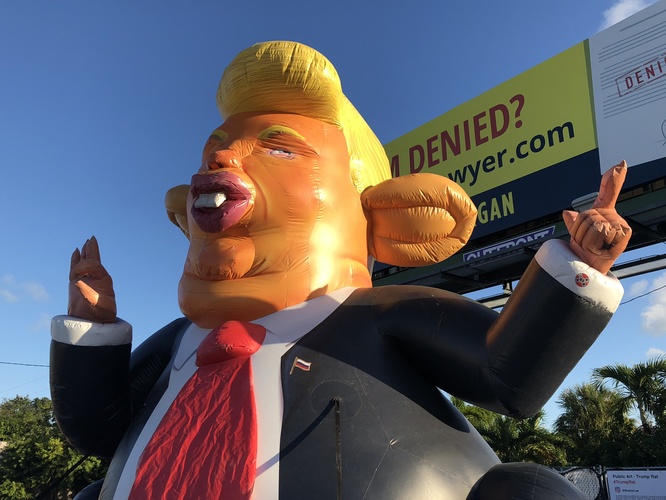 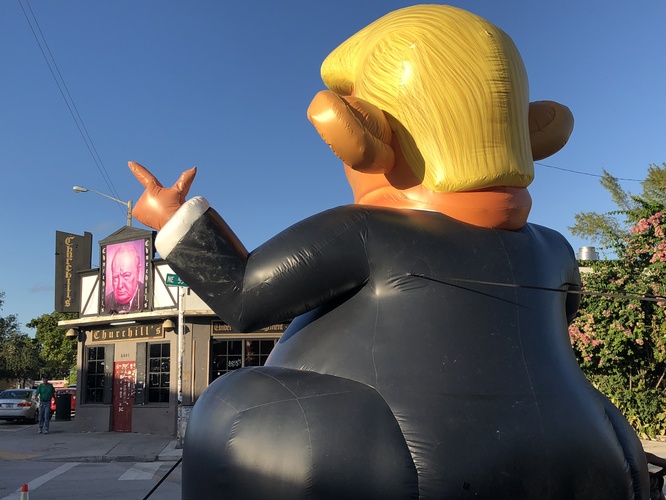 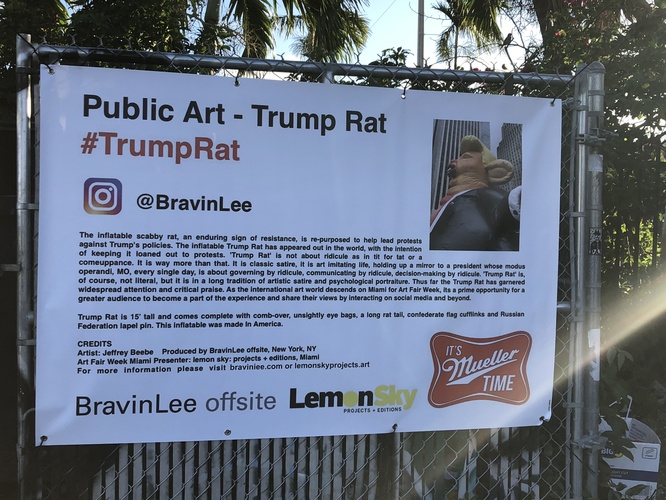 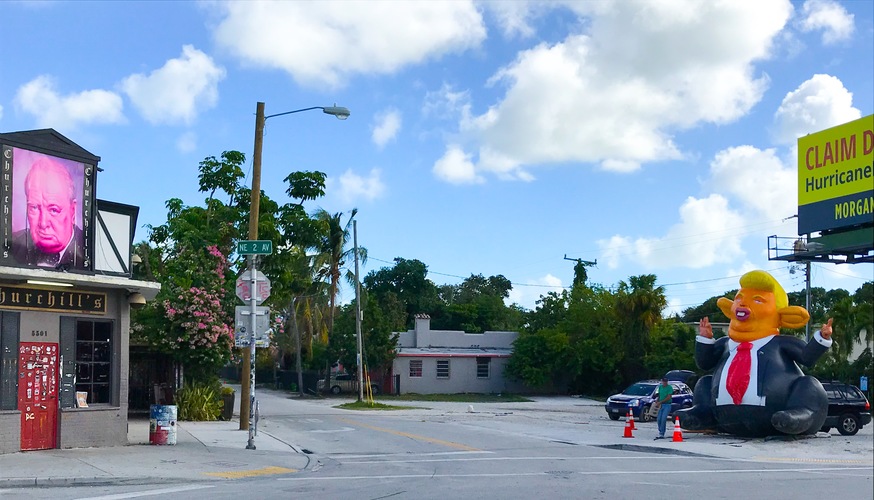 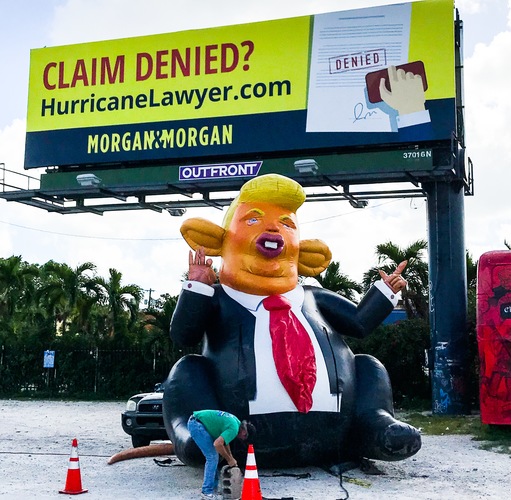 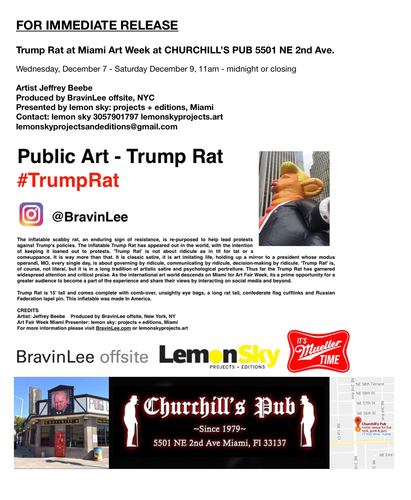 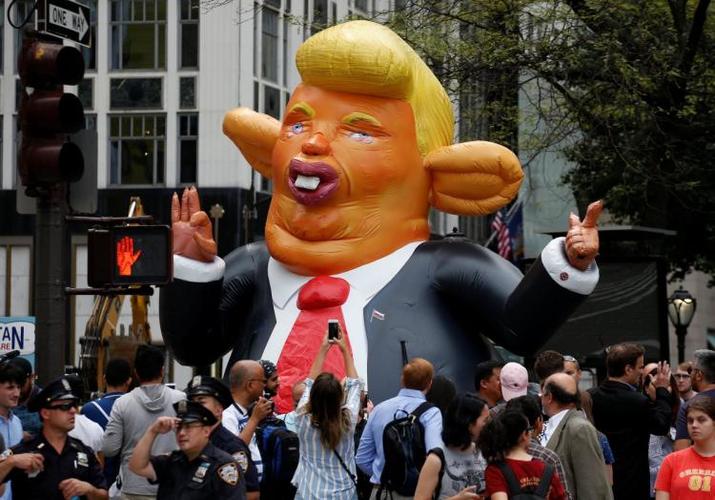 The inflatable scabby rat, an enduring sign of resistance, is re-purposed to help lead protests against Trump's policies. The inflatable Trump Rat has appeared out in the world, with the intention of keeping it loaned out to protests. 'Trump Rat' is not about ridicule as in tit for tat or a comeuppance. It is way more than that. It is classic satire, it is art imitating life, holding up a mirror to a president whose modus operandi, MO, every single day, is about governing by ridicule, communicating by ridicule, decision-making by ridicule. 'Trump Rat' is, of course, not literal, but it is in a long tradition of artistic satire and psychological portraiture. Thus far the Trump Rat has garnered  widespread attention and critical praise. As the international art world descends on Miami for Art Fair Week, its a prime opportunity for a greater audience to become a part of the experience and share their views by interacting on social media and beyond.

Trump Rat is 15’ tall and comes complete with comb-over, unsightly eye bags, a long rat tail, confederate flag cufflinks and Russian  Federation lapel pin. This inflatable was made In America.